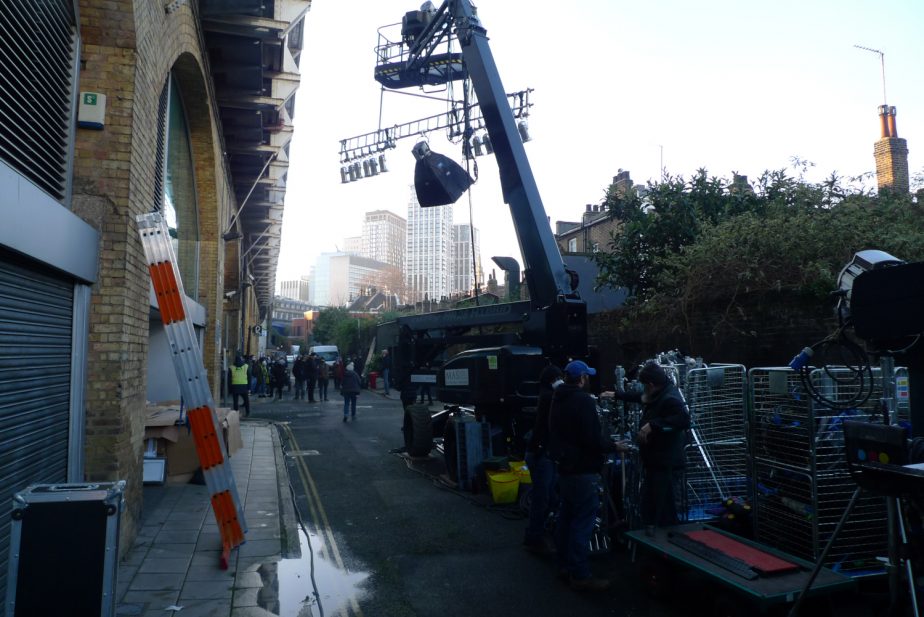 Windmill Walk and Brad St are popular film locations, recently War of the Worlds, a TV drama series based on HG Wells popular Sci Fi novel shot scenes with alien invaders in these streets, then a month later, it was turned into 1930’s London. Whatever next? Mrs Harris Goes to Paris is a film starring Lesley Manville as a fashion obsessed ladies maid, it’s based on a much loved book by Paul Gallico.

Residents in this picturesque corner of Lambeth are used to this sort of thing. Their neighbourhood has been the backdrop for many fantastic films over the last few years. Local Residents Associations including LERA, Octavia Hill Residents Association and several other community groups have supported many wonderful projects from donations made by grateful film companies.

Permits for filming and crane licences for the lighting platforms were arranged by Lambeth Film Office. Already in 2021, we have bookings for ‘Embankment’ a new TV drama starring Gary Oldman and Kristen Scott Thomas, and ‘Untitled Murder Mystery’ starring Sam Rockwell for Disney.