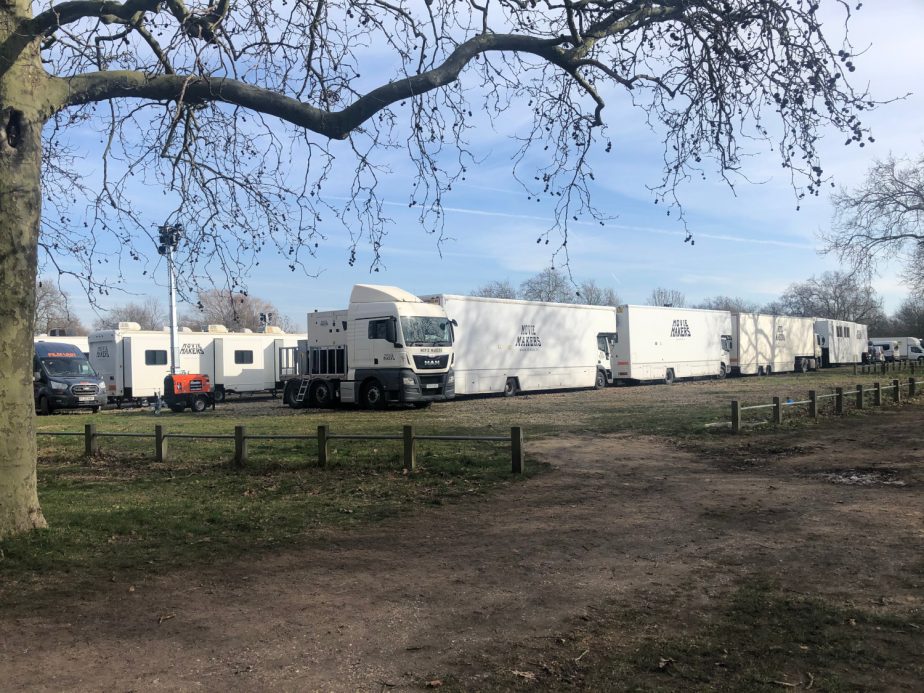 Regular visitors to Clapham Common will be used to the sight of rows of caravans and trucks on the fairground site. This is one of South London’s most popular ‘unit bases’ where large scale film productions park their ‘facility vehicles’.

When a film unit goes on location, they have to bring a lot of kit. Crews on feature films and High end TV dramas can often number over 200, all of whom expect a slap up breakfast freshly cooked when they arrive on set at 6am ready to begin filming at 7. Productions break for an hour for lunch, then finish at around 7pm, taking an hour or two to pack up. Its a very long working day.

Hair and make-up takes place at the unit base, the lead actors each have their trailers, so they can learn their lines and rehearse their lines in relative peace and quiet. Extras, or “supporting artists” as they are now known have to sit on the dining bus. Covid security means that crew need to get to and from the set using their cars, making the footprint of a production that much larger.

Lambeth Film Office acknowledges that the sight of a unit base is not very attractive, and adds nothing to the tranquility of the common. But, if the UK is going to continue to be a world leader in film production, more and more unit bases will be needed, to feed and water all the workers. After all, if an army marches on its stomach, the same can surely be said about film crews.